Jacket copy for The Conscious Mind

What is consciousness? How do physical processes in the brain give rise to the subjective life of a conscious mind? These questions are among the most hotly debated issues in science and philosophy today. Now, in The Conscious Mind, philosopher David J. Chalmers offers a cogent analysis of this debate as he lays out a major new theory of consciousness, one that rejects the prevailing reductionist trend of science, but is still compatible with a scientific view of the world.

Writing in a rigorous, thought-provoking style, the author takes us on a far-reaching tour through the philosophical ramifications of consciousness. Chalmers convincingly establishes that contemporary cognitive science and neuroscience do not begin to explain how subjective experience emerges from neural processes in the brain. He proposes that conscious experience must instead be understood in a new light -- as an irreducible entity (like such physical properties as time, mass, and space) that exists at a fundamental level and cannot be understood as the sum of simpler physical parts. In the second half of the book, he sets out on a quest for a "fundamental theory" - a theory of the basic laws governing the structure and character of conscious experience - and shows how this reconception of the mind could lead us to a new science of consciousness.

Throughout the book, Chalmers provides fascinating thought experiments that vividly illustrate his ideas. For example, in exploring the possibility that consciousness could be experienced by machines as well as humans, Chalmers asks us to imagine a thinking brain in which neurons are slowly replaced by silicon chips -- as the neurons are replaced, will consciousness gradually fade away? The book also features thoughtful discussions of how the author's ideasmight be applied to subjects as diverse as artificial intelligence and the interpretation of quantum mechanics.

All of us have pondered the mysteries of consciousness. Engaging and penetrating, The Conscious Mind adds a fresh new perspective that will spark debate about our understanding of the mind for years to come. 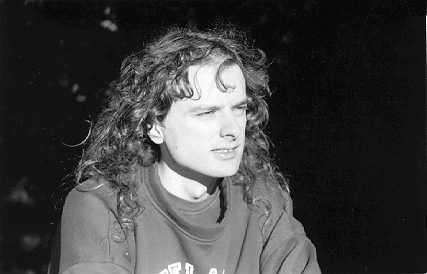 David J. Chalmers is a professor of philosophy at the University of California, Santa Cruz. Born in Sydney, Australia, he has been a Rhodes Scholar at the University of Oxford and a McDonnell Fellow at Washington University. His article "The Puzzle of Conscious Experience" appeared in the December 1995 issue of Scientific American.