Reality+: Virtual Worlds and the Problems of Philosophy was published by W. W. Norton (US) and Allen Lane (UK) on January 25, 2022. [Information: Norton, Allen Lane, and Amazon.]

Excerpt: the introduction and chapter 1.

Reality+ is my name for the universe of virtual and nonvirtual worlds. You can think of Reality+ as physical reality combined with the metaverse of augmented and virtual realities, perhaps along with a multiverse of alternative realities, simulated and otherwise.

The central thesis of the book is virtual reality is genuine reality. This applies both to full-scale simulated universes, such as the Matrix, and to the more realistic virtual worlds of the coming metaverse. 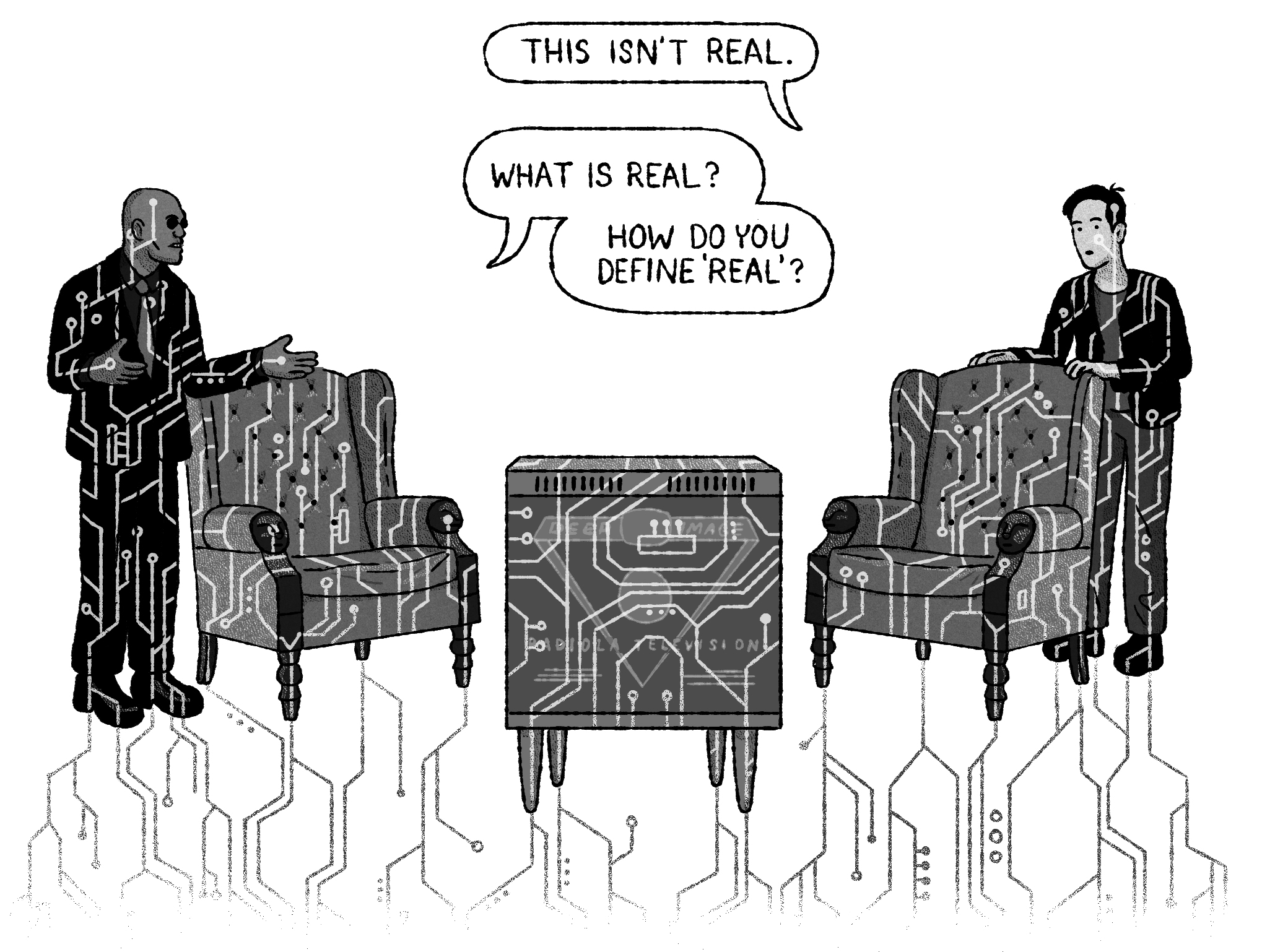 Simulated universes: The Matrix. I first argue that we can’t know we’re not in a simulation like the Matrix. This is a modern-day version of Rene Descartes’s idea that we might be in the grip of an evil demon producing sensations of an external world. These ideas have led some philosophers to say that we can’t know anything in the world around us is real. But I argue that even if we’re in a simulation like the Matrix, the world around us is perfectly real. There are still tables and chairs, planets and people. If I’m right, a simulation is an “it-from-bit” world where real objects are made of digital processes. This idea helps us to address Descartes’ puzzle of how we can know anything about the external world. 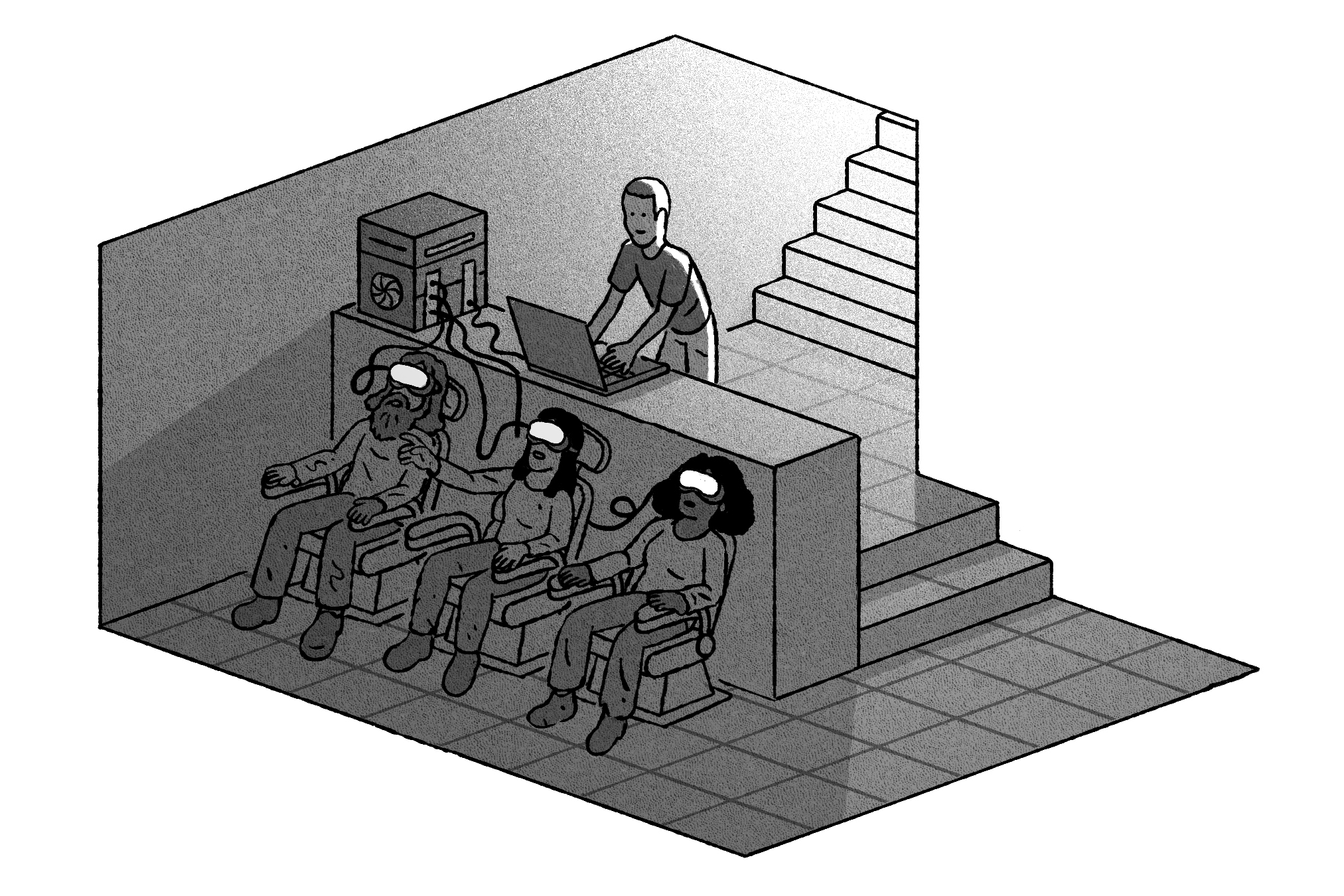 Real virtual reality: The metaverse. I argue that in principle we can lead meaningful lives inside metaverse-style virtual worlds. These worlds needn’t be illusions, hallucinations, or fictions. Our time in them needn’t be escapism. People already lead complex and meaningful lives in virtual worlds such as Second Life, and VR will make this commonplace. I’m not predicting that VR will be a utopia. It poses many dangers and challenges, including the challenge of a corporation-dominated metaverse where corporations serve as the all-powerful and all-knowing gods who create the virtual worlds. (Yes, that’s Mark Zuckerberg in Plato’s cave above.) Like the internet, the metaverse will certainly lead to wonderful things and to awful things. But philosophically, I think it has room for the full range of the human condition. 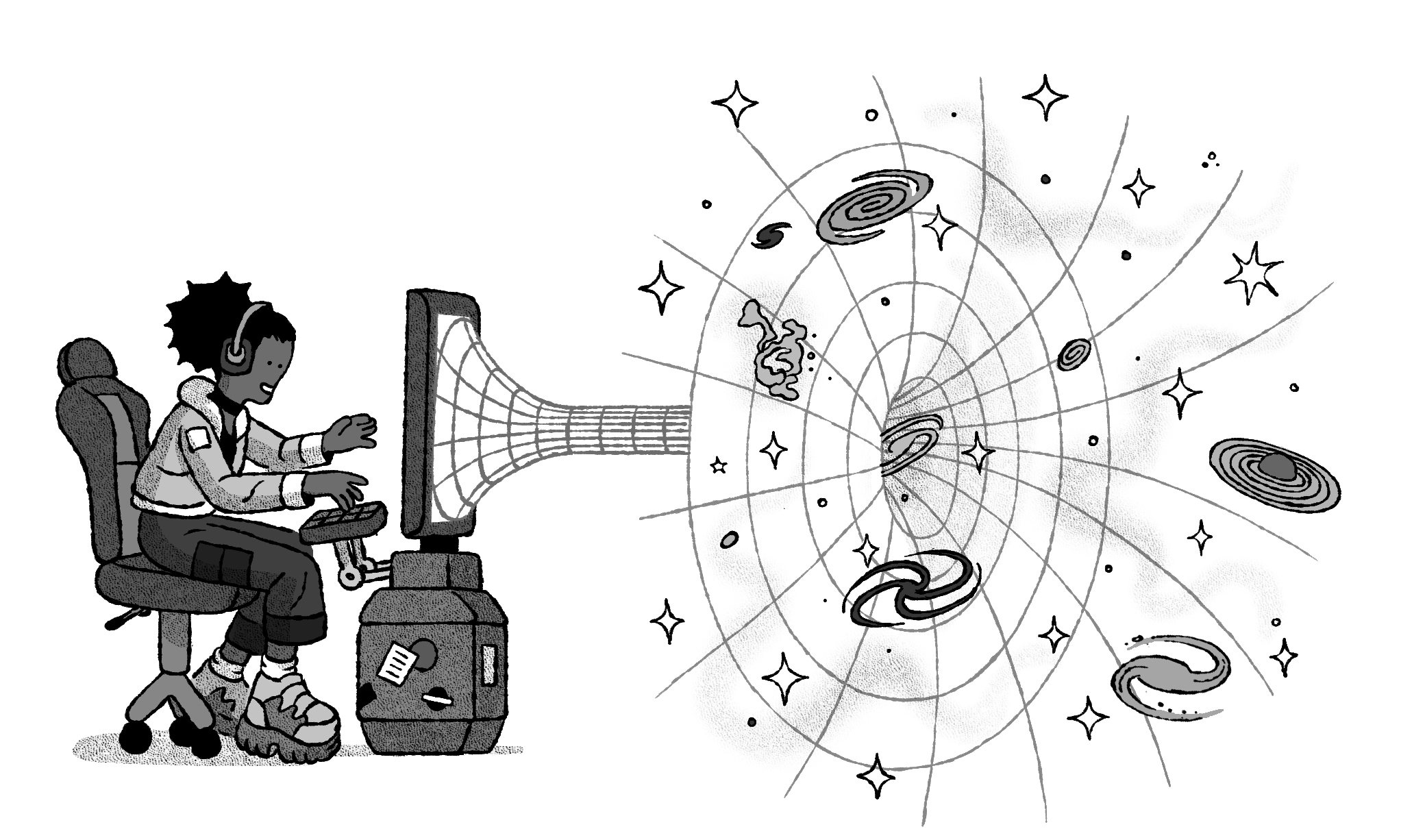 The problems of philosophy. I use virtual worlds to introduce and address some of the oldest and deepest problems in philosophy. Is there a God? What is the relationship between mind and body? What is reality? How can we lead a good life? How can we build a just society? Thinking about virtual worlds illuminates all of these questions, and transforms some of them. Along the way, you’ll receive an introduction to many areas of philosophy. (The book can easily be used as a textbook in introductory courses and other courses in philosophy.)

The book also contains 57 amazing illustrations by Tim Peacock, three of which are shown above. The chapter 1 excerpt also has four of them: Zhuangzi’s butterfly dream, Narada’s transformation a la Rick and Morty, Mark Zuckerberg running Plato’s cave, and Cornel West on illusions in the Matrix.

Extra material: For people who are reading the book or who have read it, this website includes some extra endnotes and appendices, typically covering more technical matters that may not make sense without the book itself. For academic philosophers, I also have a guide to teaching with Reality+. More coming soon!